The Incredible Appalachian Origin of the Golden Delicious Apple

It’s a delightful experience when you bite into a sweet, crisp Golden Delicious apple and let the flavor dance across your tongue. While there are many apple varieties on the market today, this particular apple finds its roots in the Appalachians. But to trace its path, we must first look at the history of apples in America.

When the settlers first came to America, they found bountiful lands with many different types of edible plants. But one thing they did not see in abundance was the apple. The only apple found in the New World was the American crabapple.

The word spread about this missing fruit, and soon incoming settlers brought with them apple seeds from their home countries. As the seeds grew into trees, many industrious apple growers started experimenting with apple genetics through the art of grafting.

New apple varieties were discovered during those early years. Even Thomas Jefferson was interested in the science of apples, and on his Monticello estate, the founding father carried on grafting experiments.

Over the next hundred years, Apple varieties were found in every state, including West Virginia. The art of apple grafting became a hobby for many farmers, and at times the results were hard to track. The exact history of a few apples is still unknown to this date.

Now, this is where our tale about the Golden Delicious apple begins. On October 18, 1962, the Charleston Daily Mail published an interview with one J. M. Mullins. Mullins, who was born in 1876, was 87 years old at the time of the article.

According to Mullins, he was born on the farm belonging to his father, L. L. Mullins. When he was about 15 years old, or around 1891, his dad sent him out to mow the field using a large scythe. While doing so, Mullins happened upon a single small apple tree, about 20 inches in height.

While it would have been easy for the young man to mow down the sapling, he instead decided to let it grow. It was an odd plant since there were no other apple trees in the immediate vicinity. Mullins continued to spare the plant, and in time the sapling grew into a good-sized tree that bore fruit.

The Discovery of the Fruit

The part of the farm that held the tree was traded within the family, first to Mullins’ brother, and then later to his uncle, Anderson Mullins. At this point in 1913 many years had passed, and the tree had grown into a fully mature specimen. Anderson and his brother-in-law, Gus Carnes, took an interest in the fruit of the tree.

Curious about it, they harvested three apples from the tree and sent them to the Stark Brothers nursery for identification. The unidentified fruit caught the attention of Paul C. Stark, the owner of the company. The story goes that he immediately headed to the source to find out more about the tree.

In all haste, Stark rode the roughly twenty miles on horseback and soon stood in front of the tree in a scrubby, unkempt orchard. Stark knew that this fruit had the chance to become a huge seller for his nursery business. He offered Anderson Mullins the princely sum of $5,000 for the tree and the land that it stood on.

Since the offer was a large one for the tree and a small plot of land, Mullins readily accepted, and the Stark Golden Delicious apple was born. In addition, Stark did credit the discovery of the apple variety to Anderson Mullins as part of the deal.

An Industry Is Born

Stark knew that he had something unique with this plant and planned to heavily market it. He had a cage erected around it and hired Mullins as a watchman. Stark even had an electric alarm installed that would alert Mullins if anyone tampered with the tree. He was taking no chances with this singular tree, and this was a high-tech approach for the time.

While providing protection for the tree, Stark attempted to have it insured for $50,000 dollars, but the large insurance companies in Chicago and St. Louis turned him down. Yet it played into Stark’s plan for advertising the new fruit.

As soon as it was possible, grafts from the tree were planted in commercial orchards. The tree proved to be more than viable. By Spring 1918, every Golden Delicious order that Stark could possibly deliver was purchased, and he even had to turn down hundreds of requests.

The Golden Delicious Apple Explodes on the World

The fruit became a big hit.  By 1921 the Golden Delicious apple became the leading variety of apple tree both in the United States and the rest of the world. The tree’s popularity grew, and today it is planted on every continent in the world.

Golden Delicious apple production continues to be strong. The United States produces over two hundred billion pounds of the fruit every year.

The Unique Genome of the Golden Delicious Apple

West Virginia is proud of its apple heritage, and on February 20, 1995, the Golden Delicious apple became the official fruit of the state. The State Senate Resolution No. 7 designated it as such, recorded in the official journals.

The Appalachia Mountains have been the home to many native plants and fruits throughout its long and rich history. Some of the plants found there are relatively new, brought in from other areas. And yet others were born in the mountains, a combination of outside influences and the fertile grounds found there.

This is the story of the Golden Delicious apple, and it all comes down to a little sympathy shown to a young sapling by a 15-year-old boy swinging a scythe. At that moment, he changed the future of his family and the apple industry everywhere. The next time you see a Golden Delicious apple, just imagine its humble and accidental beginning.

Are you a Golden Delicious fan, or is there another apple that’s your favorite? Let us know in the comments! 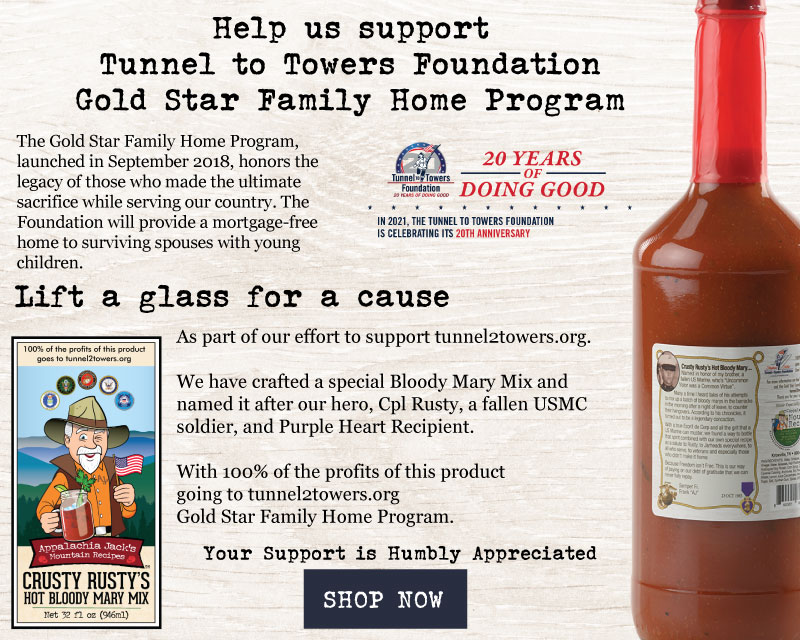 Check out our Holiday Specials, great for gift giving.